He had OMCC install two multi-color LED electronic digital billboard signs that can have a running commentary, graphics, etc.

He also install a color TV between the drivers legs and a DVD player and a wing type TV antenna.

He relocated several times, always taking the Pulse with him. 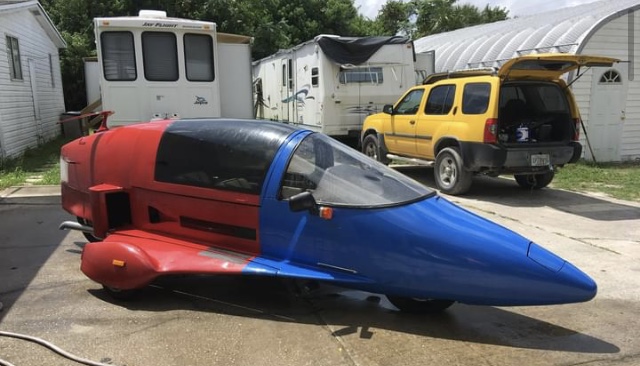 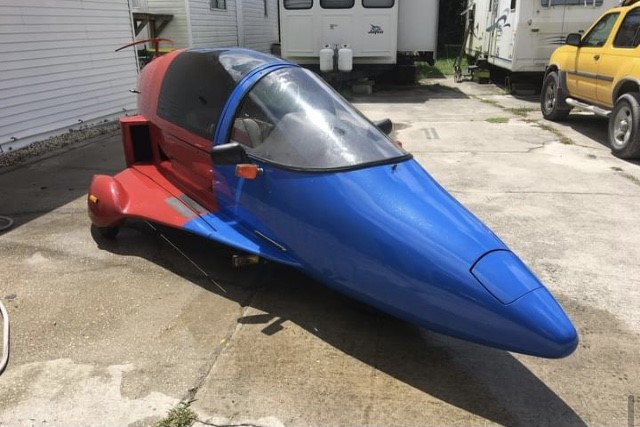 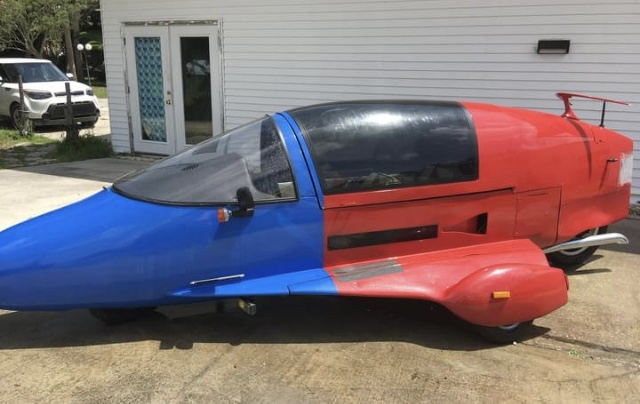 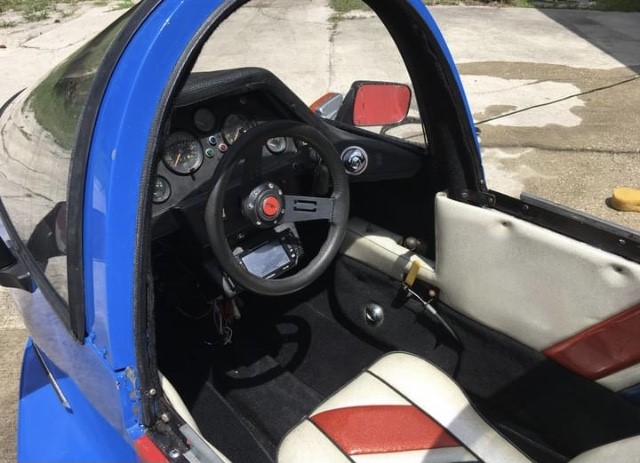 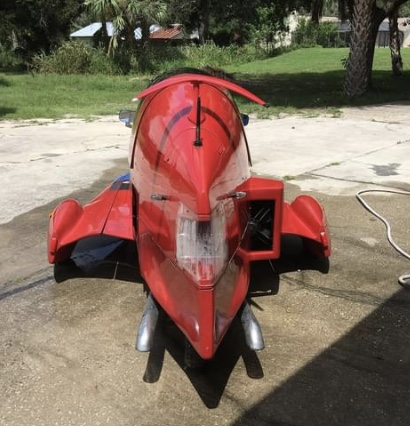 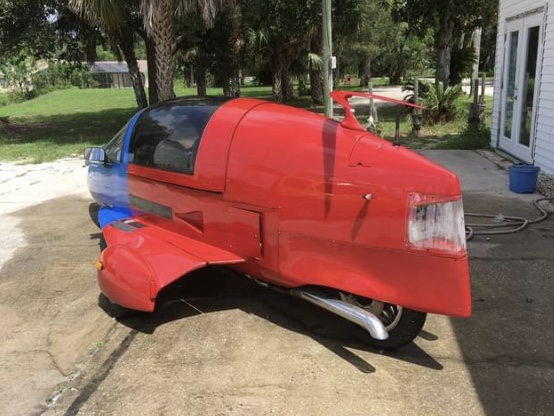 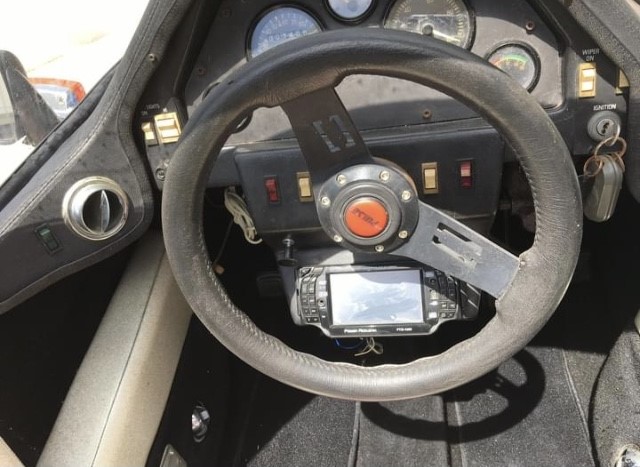 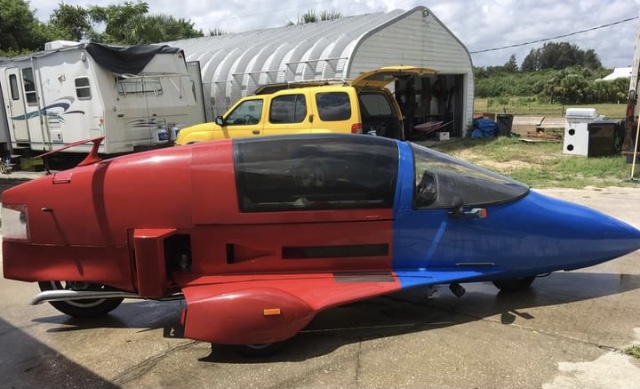 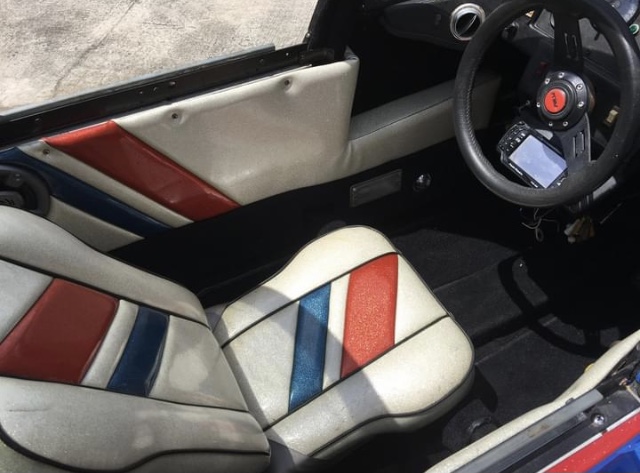 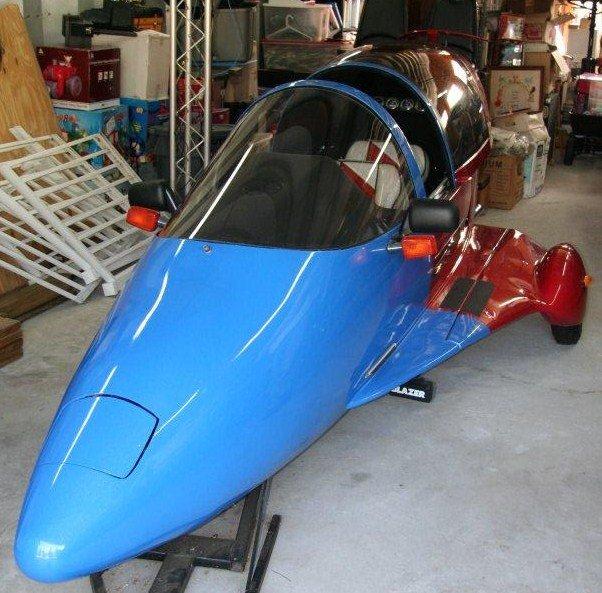 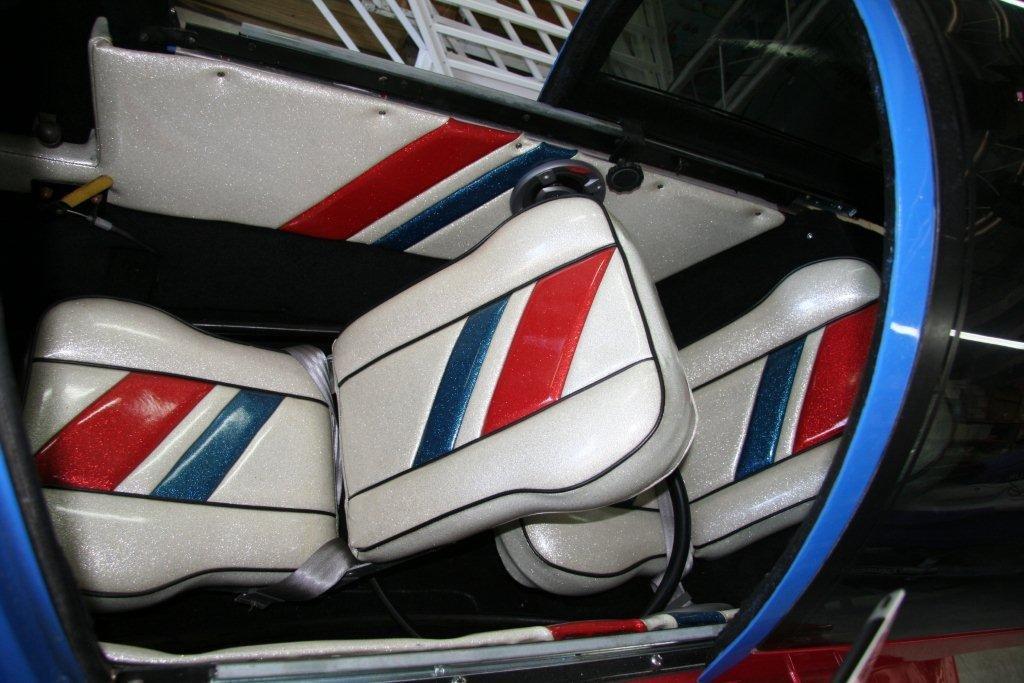 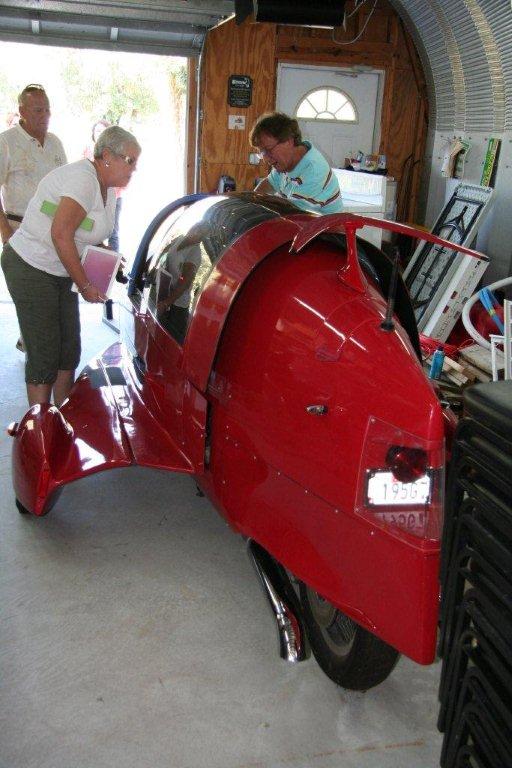 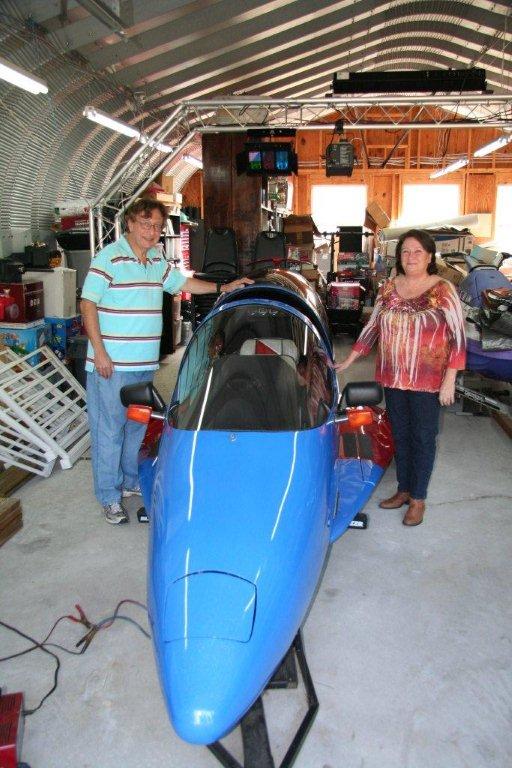 You may have seen it zoom by on the streets of Bellmore. Is it a plane? The unusual vehicle seen around the area lately is the new service vehicle of Electrosonics, a Bellmore and California based consulting and engineering firm that specializes in custom electronic systems for the rich and famous.

The firm designs, installs and serves media rooms, communications systems, security systems and home automation systems. Bellmorite Steven Lincoln, president of Electrasonics, had the attention getting vehicle built to his specifications to allow his servicemen to zoom to the client with the problem.

The vehicle is called a Pulse and was made in Owosso, MI. The vehicle has the performance of a high-powered motorcycle, the comfort of a luxury automobile and the styling of a jet aircraft. The jet car has four wheels. One in front, one in the rear, and one in each wing. The vehicle is registered as a motorcycle because the two wheels in the wings do not touch the ground at cruising, and you travel on two wheels.

The Pulse can get over 70 miles per gallon of gas and can reach speeds over 120 miles per hour. The Pulse seats two people and is equipped with FM stereo cassette, air conditioning, cellular telephone, color TV, heater, security system and more.

Electronic multi-color display panels on each side are used to explain the many features of the vehicle.

Mr. Lincoln has become an authorized representative of the manufacturer and the vehicles will be available from Electrasonics.

In addition, Mr. Lincoln will be displaying the Pulse along with the Electrasonics Custom Stretch Limo, featuring an audio and video media center and complete mobile office.