In May 2020, owner Tom Woodward portrays Captain Corona
who givse rides to young Jedis who were locked in during their Birthdays. 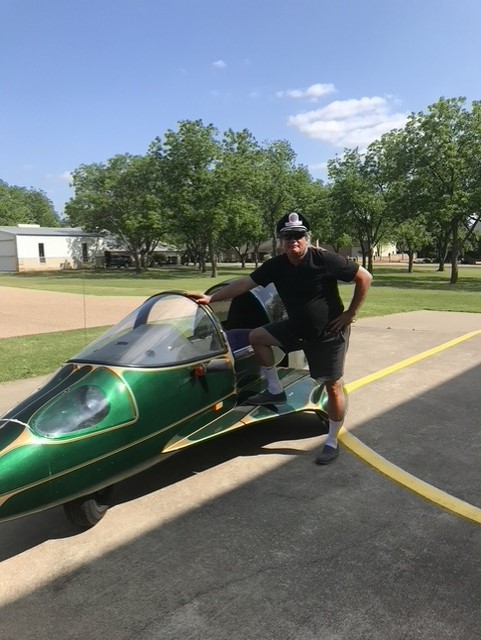 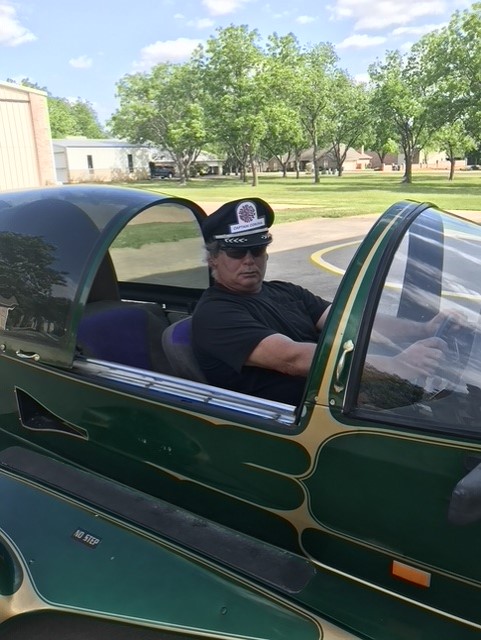 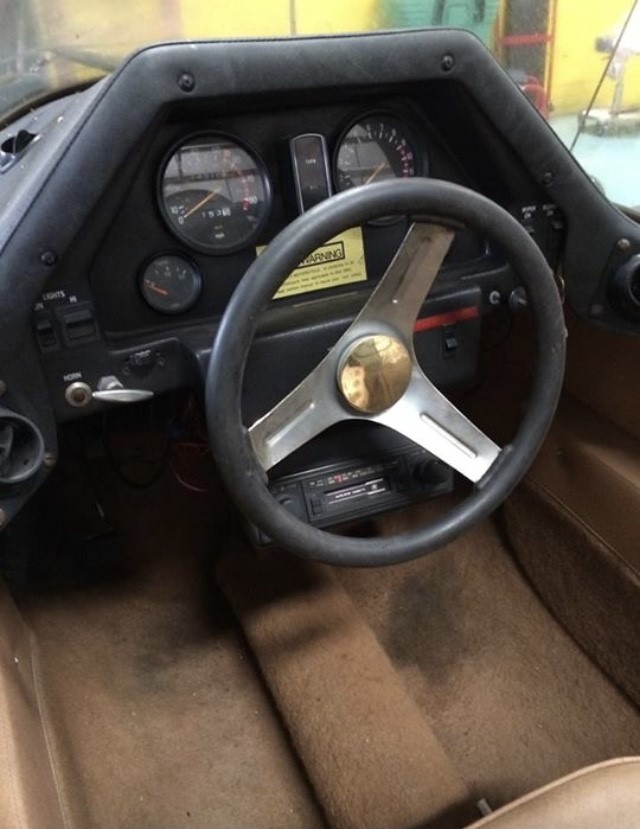 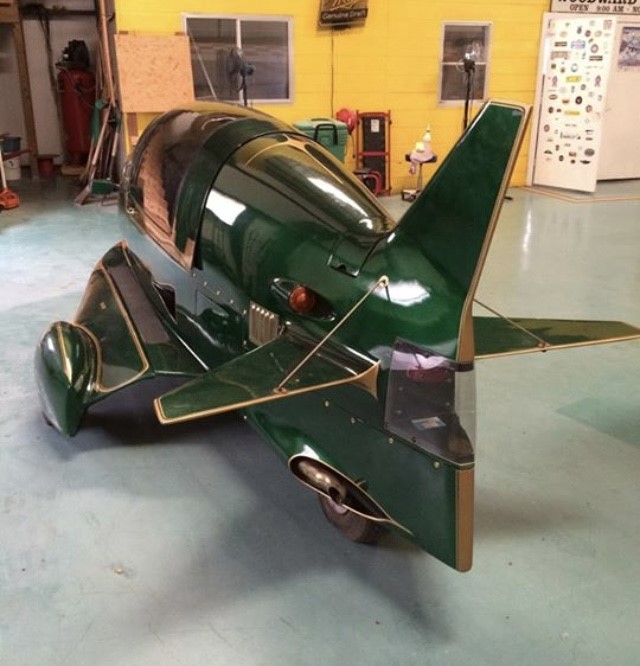 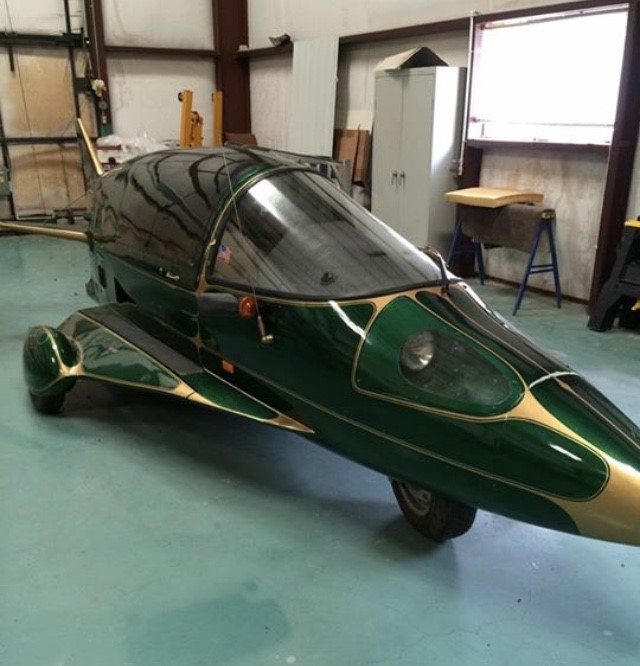 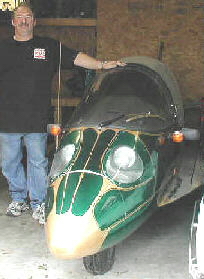 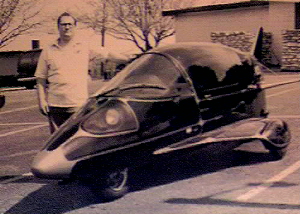 Pictured above is Sam Boger of Cleburne, Texas. Pulse #45 is powered by a Yamaha 400 engine, it features a 6-speed trans and seats two. Street legal (although the folks at Texas DMV were a little surprised) it is ridden only on pretty Sundays and in the occasional parade.

I was commuting to work one day and saw #45 parked on a trailer in front of a irrigation company. I stopped in to take a look and the owner was surprised to find that I knew what it was. I had seen one on a TV show years earlier, but had never seen one in person. As I was looking it over, he told me it was for sale - trailer and all - for $8000.

It didn't run - I didn't care. I had to have it. I wrote him a check and he delivered it to my house the next day.

I had told my wife to be on the lookout for a guy bringing a "scooter" to the house. When my wife looked out the window and saw him pulling up in front of the house, she came to me smiling and told me that "there's this guy out front with SOMETHING on a trailer!!"

After 18+ years of marriage, she usually isn't too surprised at anything anymore.

I got the Pulse running (Yamaha 400 engine) and proceeded to get the title transferred. My DMV office didn't know what to make of it, but as I had frequently titled "unusual" vehicles they weren't too surprised - and did the title work easily.

I rode around in the Pulse for several weeks before it started smoking (bad rings) and I had to tear it down for an overhaul. About this time a guy had a Yamaha 400XS for sale - good running condition - so I bought it for the engine/transmission. I sold the rest of the bike for parts (that guy still owes me money - - - ) and installed the motor into the Pulse. It runs perfectly.

One day I was riding around in the Pulse with my (then) 7-year old son when a Police car pulled me over. When I asked him what the problem was, he replied "nothing, I just wanted to look over your vehicle; I've never seen one" - a common statement heard by almost all Pulse/Litestar owners sooner or later. My son could hardly wait to get home and tell his Mother that "DAD GOT PULLED OVER!!"

Another story; While driving the Pulse by a school one day, a youngster got so involved in looking at it that he stepped off the curb without looking and fell on his face - right in front (of course) of a pack of girls. I almost drove into a curb while laughing.

Tom Woodward offered Pulse #45for sale for $18,000 in June of 2020. The 400 Yamaha engine had been replaced and other new parts including brakes, wheel bearings, sprocket, brake lines, shocks, air filters, carbs, interior and tires.