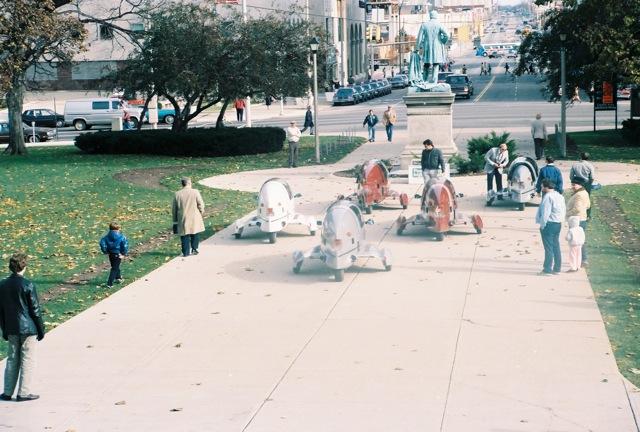 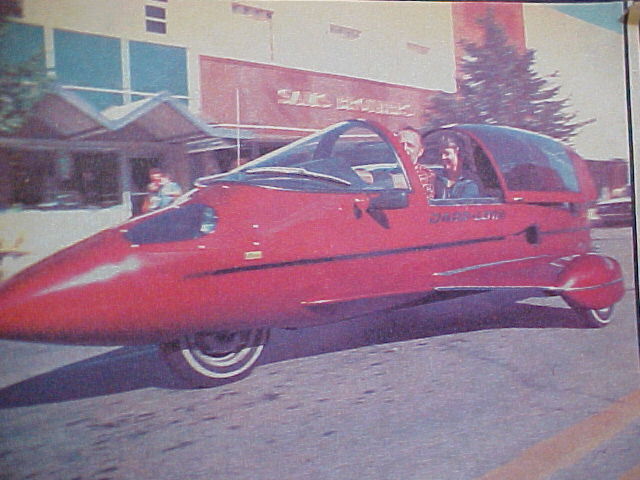 Above, Darrell and his wife, Lota Slagle cruise down Midland, MI main street in their Pulse.

Below is a copy of the "Agreement" on the original sale of the Pulse indicating that it would be retro-fitted July, 1986. The actual work was done in February, 1987. (Yamaha 400CC engine to the Honda 1100CC Goldwing) 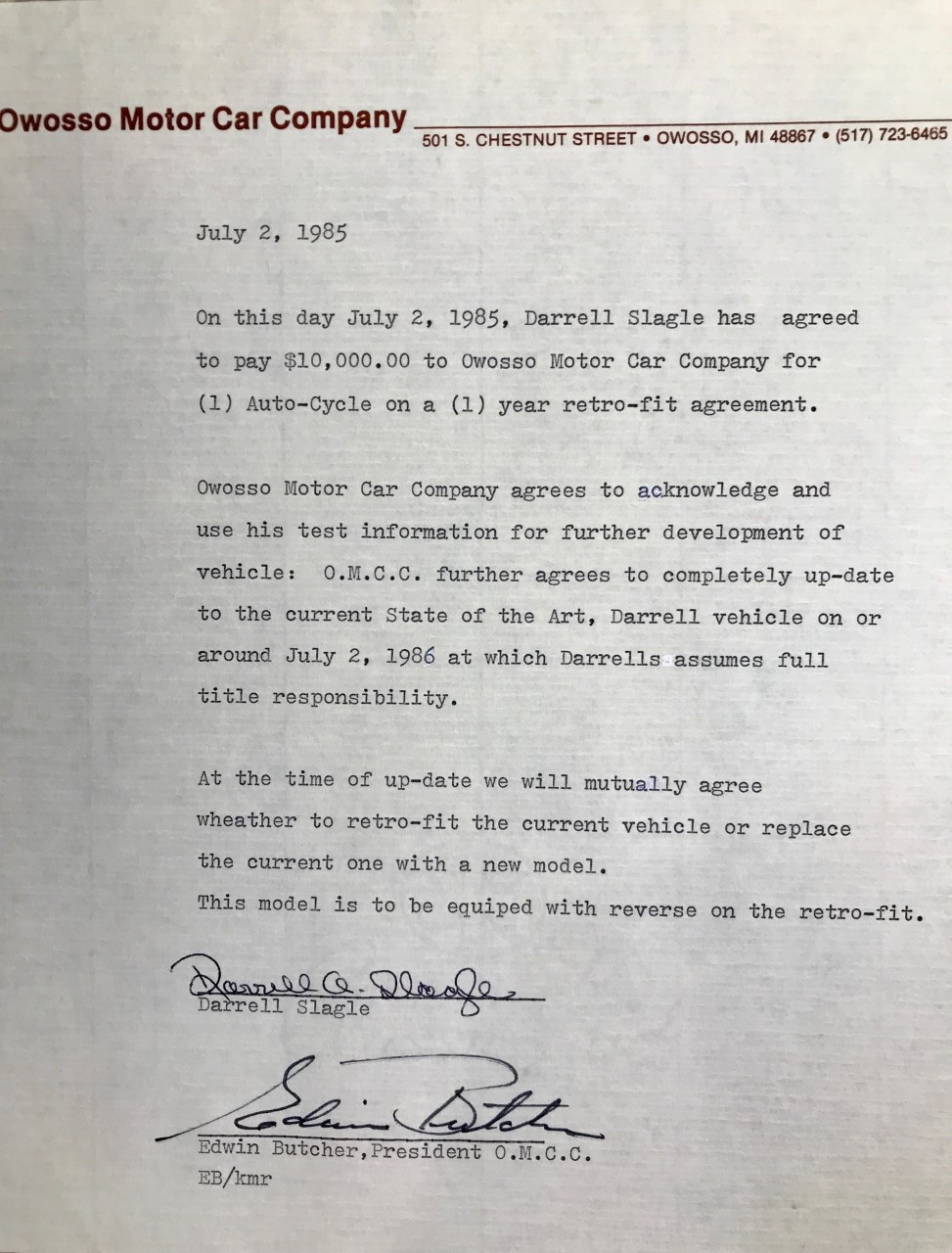 Above, Randy Pinkham bought Pulse #57 in Albuquerque, NM and towed it to his home in Altus, OK. Randy began the restoration, but because of many other projects sold it in May of 2001 to Bob Hrenchir of Paola, KS.
Randy, left, and Bob who is excited with his new purchase. 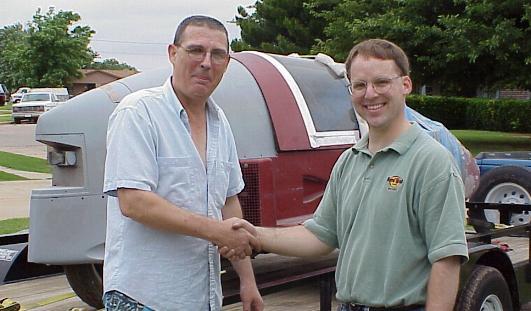 According to Bob........ Towing it across country was great fun. Every gas station has people walking around it. Parked in front of Burger King, every table I could hear was talking about it. It is really that cool.

I'm looking at my Pulse project as sort-of a prep for the 'real project', when I build a kit-plane. Eventually I'd like to design my own plane. I looked at Pulses and Litestars on the web for a while, and then I decided that I'll only live once. I might as well do something bold that I think is cool. This has definitely changed my life. I'm really enthusiastic about this idea, even if I haven't been spending time restoring my Pulse yet.