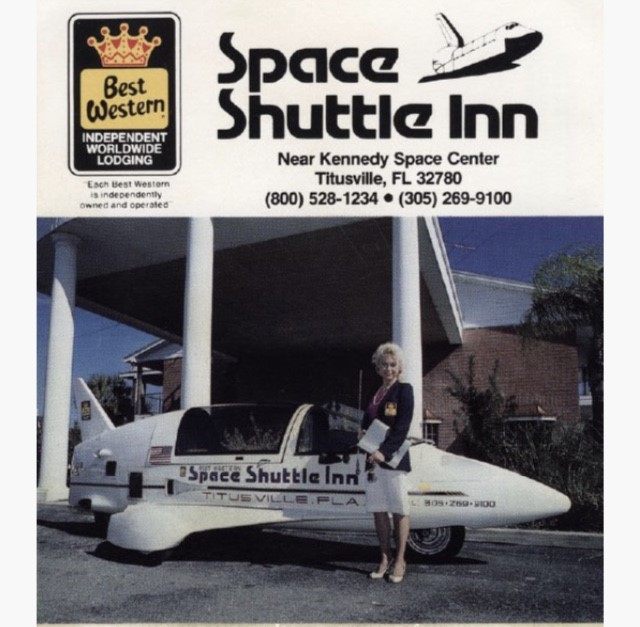 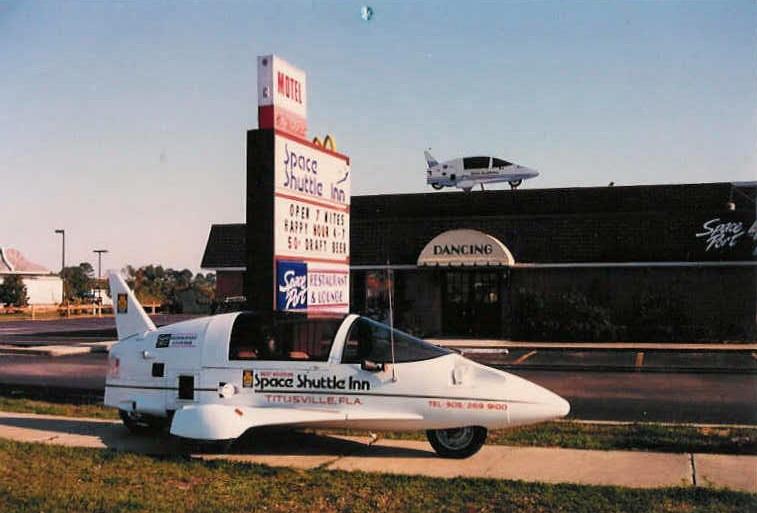 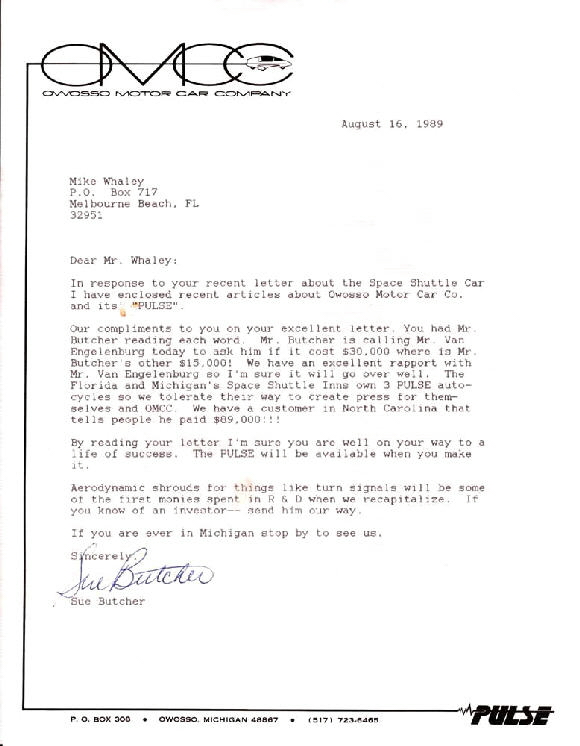 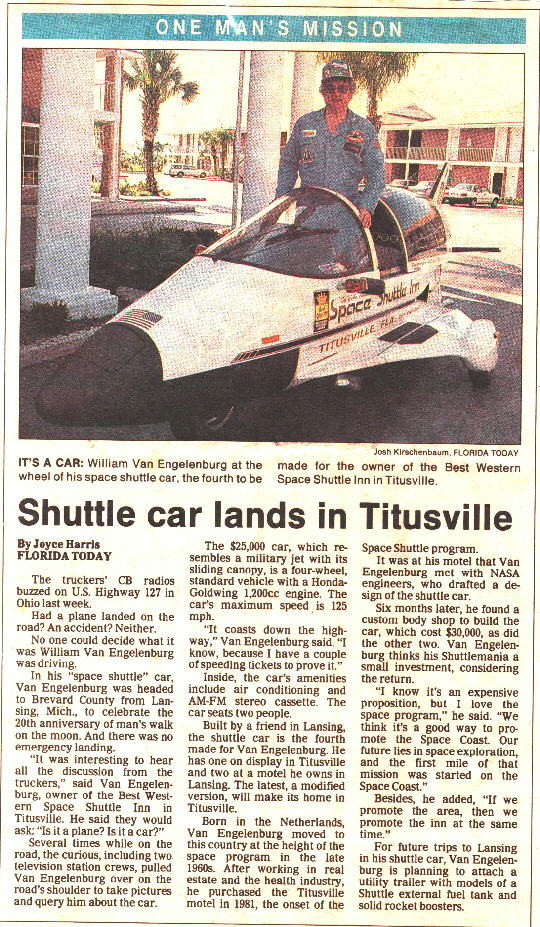 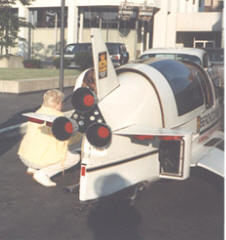 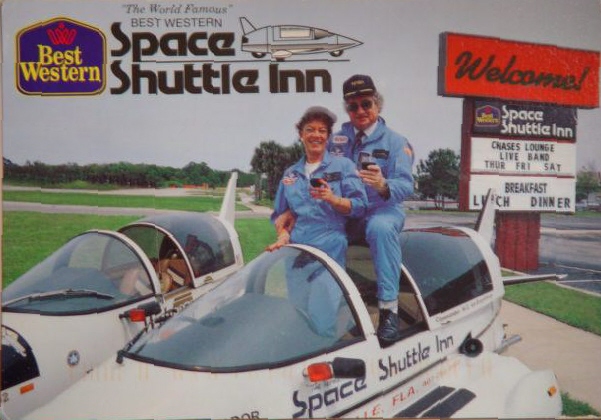 Bill VanEngelenburg's Pulse #77 on left and Pulse #331 on the right.

Jack Nicholas, Florida, purchased it in the 1990s and he was restoring it. His sister, Trudy Whitener inherited Pulse #77 in May of 2004 and sold it to Bob Hichborn.

Bob found, while pulling out the seat, an envelope from The Shuttle Inn in Titusville, Fl. Inside was an old registration and insurance card from a previous owner named Dr. William VanEngelenburg. Bill owned several Pulses. Check out Pulse #331 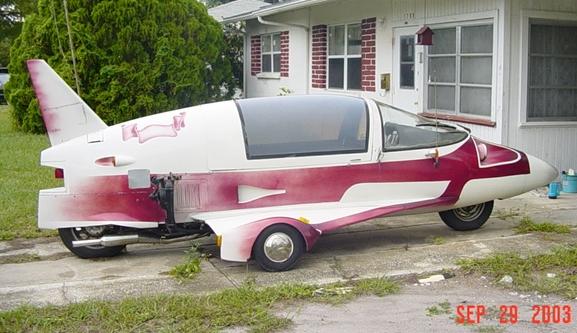 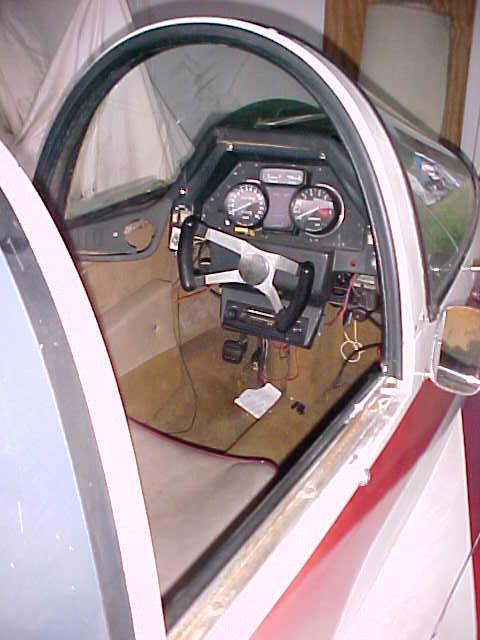 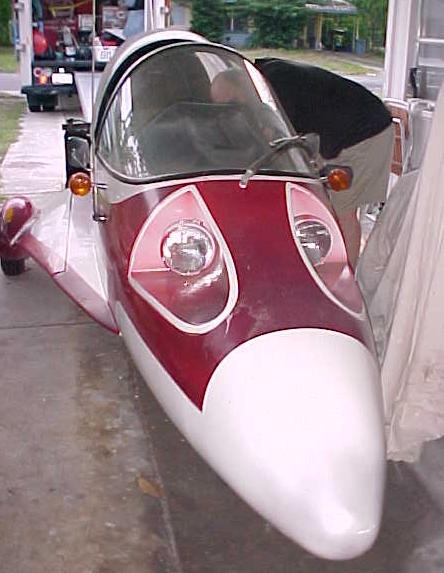