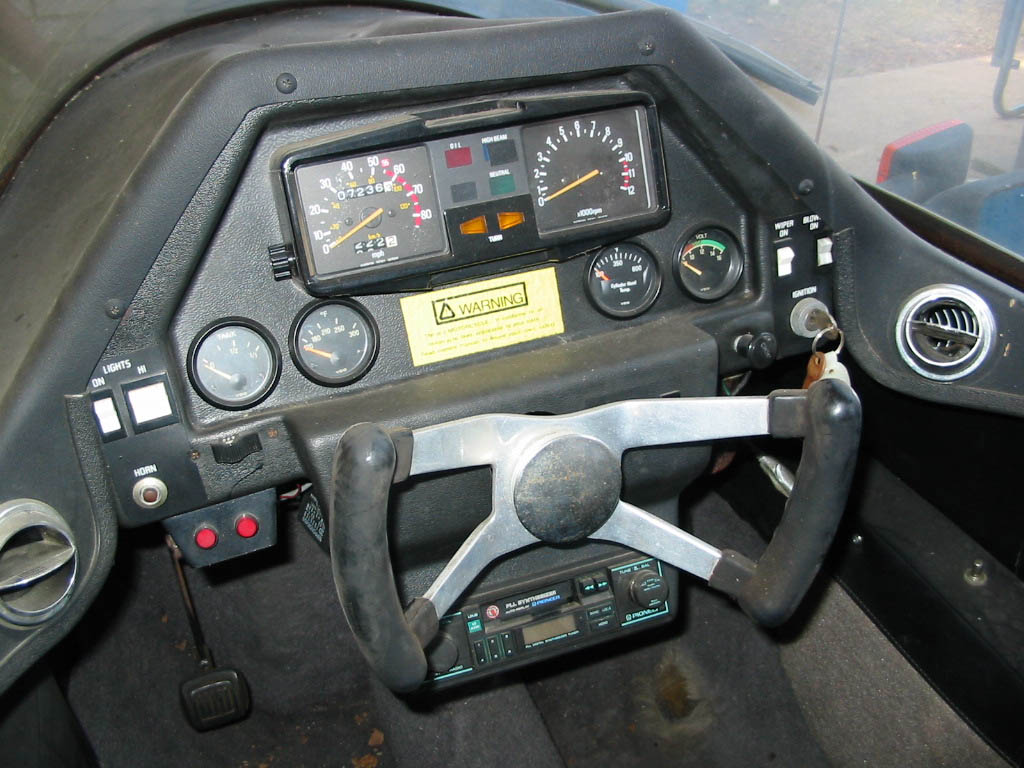 Pulse #171 is owned by Don Conley of Amarillo, Texas. Don bought it from Joe Pankow in March of 2004. Don installed a 1997 ST1100 in 2005.............. I talked with Dave Baur a couple of years ago and also Don Muddiman about using a Honda ST1100. Its now in and I gave up about 1 1/2 inches in the back seat, and the rear wheel at the rear most fiberglass shell. We installed it to remove the entire engine with 9 bolts and rewired all wires with plugs, to unplug and move to the rear for severe work.

The transmission gear shift was swapped to the other side to put it on the right side. Replaced rear brake hose to work in with current front master cylinder.

I used the instrument panel from the 1100 and extended all wires up front. I used the cycle swith controls and placed one on the left side and other on the right. works great but took ten miles of wire.

Raised the gas tank 3 inches and the reverese unit is placed right under it. Had to make a new electrical panel to hold all of the electric stuff. I kept the wiring on the donor bike in tact, spliced in all rear wires to original tail lights. I moved the hydrolic clutch reservoir up front and ran new line down steel center tube to slave unit on front of engine. Moved radiator up front and built brackets for it and baffeling. Ran 20 feet of radiator hose up to the radiator. I am going to test drive unit and make sure all systems are working before I start closing it up. Lots of muffler work and enclosing engine.

I love the way that V4 runs. Dave was right when he said 'you're in for a project.'