Bob bought the Pulse in 1991 and it is titled as a 1988. The only repairs are canopy slide replacements and battery.

The first time I saw a Pulse was in an RV show. The next time I saw one near my home in Washington State. I recognized it and followed it and found the driver used to be a neighbor that had moved to Tennessee. He gave me the phone number of the company. They sent me a picture of this Pulse. I ordered it by phone. It was to be delivered along with another one bought by a couple in Vas Vegas, Nevada to their home where I picked it up and drove home.

I have driven it in all the western states and British Columbia. State Patrols and city police have stopped me numerous times to check it out. Most of them are just curious as to what it is. The licence is hard to see on the rear so they want to be certain it has one. 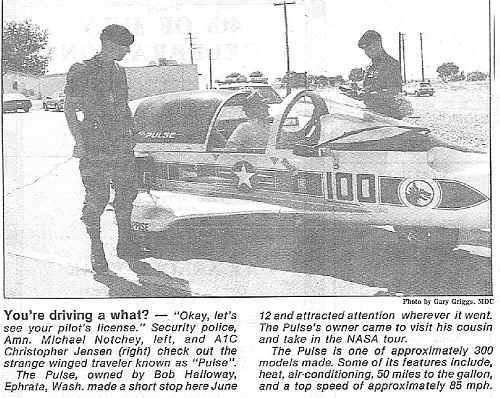 When you drive the Pulse you feel like royalty, so many people wave, honk their horns or at least have a big smile as they pass. When ever it stops, people gather to look and visit. You never get lonely while cruising around the country no matter where you are.

It has been displayed in local papers in nearly every state it passes through as well as causing a stir on Edwards Air Force Base in California. People like Craig Johnson of Gaberville, California follow along until I pull over somewhere so they can ask about it. Craig operates a business for custom high performance motorcycles called "Acme Rocket Bike," which sounds interesting.

The picture below shows what might be Pulse #231 on the left.
And Pulse #292 on the right in an ad for Z Promotions,
a Pulse dealership from the mid-Michigan area.

Bob Holloway passed away in May of 2008 after putting over 100,000 miles on his Pulse, which is a record. His grandson C.J. drove the Pulse, as a tribute to his grandfather, to the 2008 National Pulse Rally at Marion, Indiana in August of 2008.

Fellow Pulse Club members were surprised by C.J. effort at attend the rally. They repaired the Pulse's broken shocks and fuel lines as well as replaced lost screws that hold the canopy and rear body panals on. 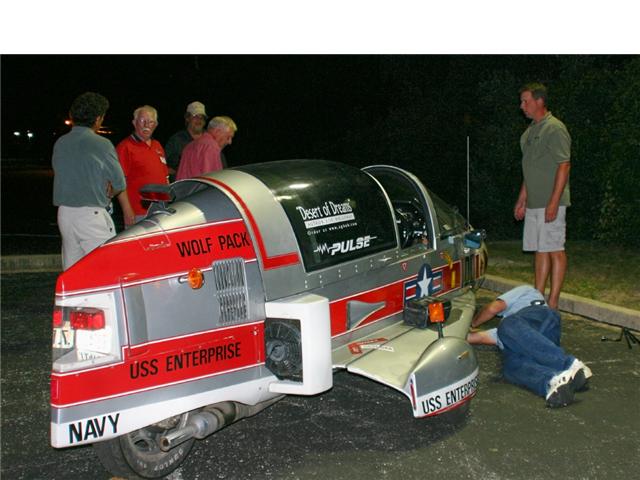 Below, C.J. was interviewed about his Pulse Road Trip from the west coast to Marion, Indiana. 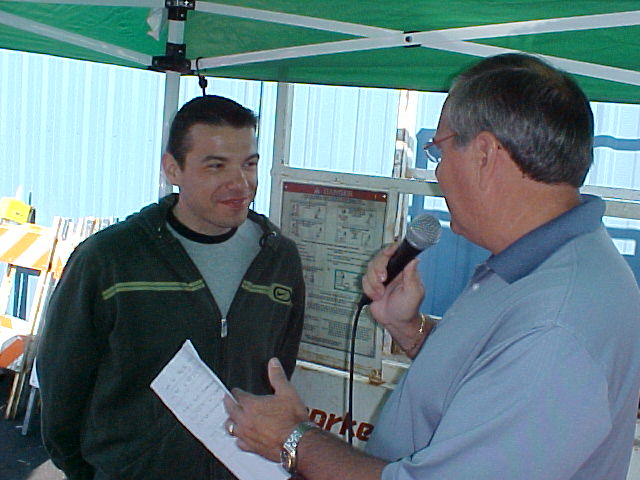 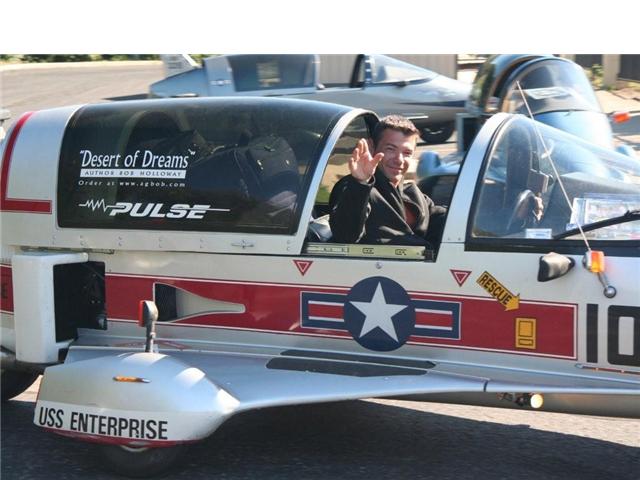 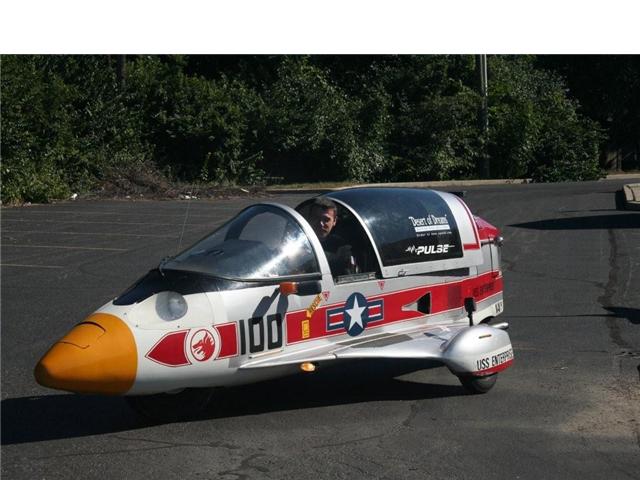