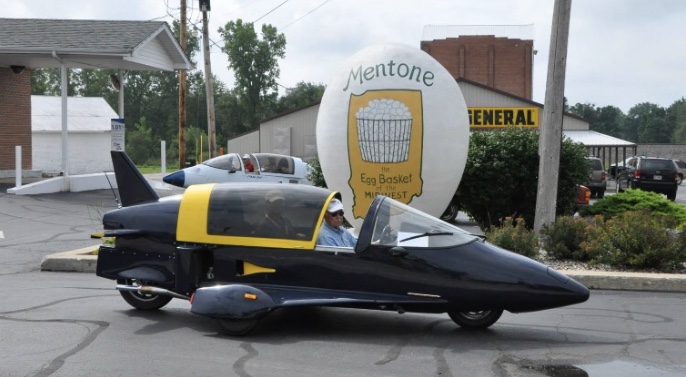 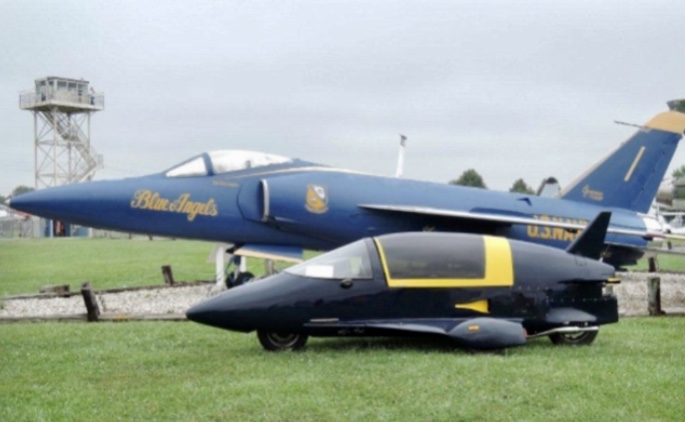 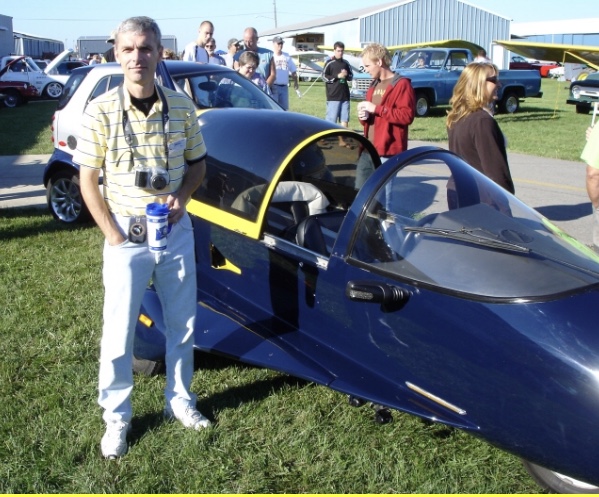 Mike Lechlitner of Pasadena, Maryland, above, restored Pulse #325 and gave it the Maize and Blue paint scheme.

Tim Binning purchased #325 from his aunt in about 1997 after his uncle Rich Binning had passed away. Rich had bought at least three Pulse to be used in his organization called the Alliance Against Intoxicated Motorists of Illinios.

Ed Butcher, president of Owosso Motor Car Co. picked up the Pulse on a trailer and took it back to his home and rebuild it after Tim bought it. Powered by a Honda 1100 cc engine, Tim used the Pulse in his business, a RE/MAX office.

#325 was painted white when it left the factory. 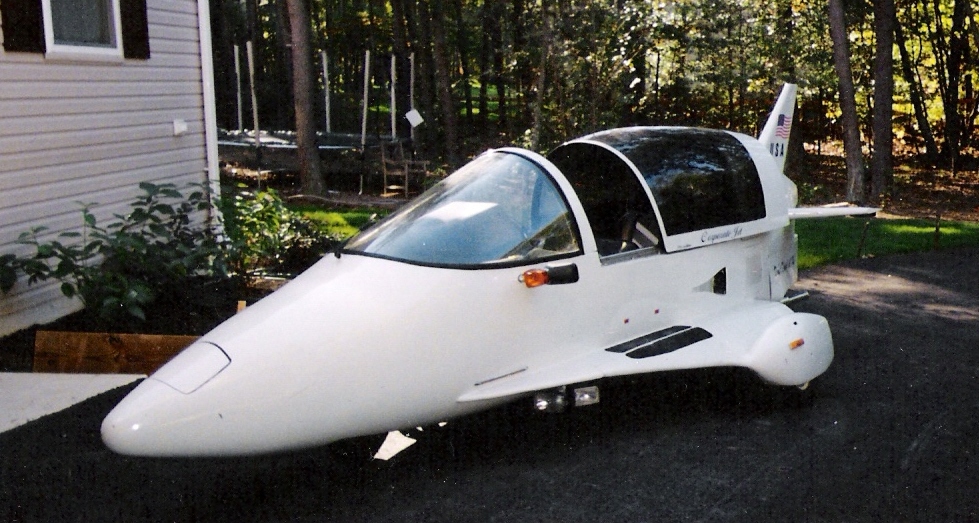