According to the Owosso Argus Weekley, Ed Butcher of Owosso was named company President. Butcher said that more than 100 distributors and dealers had gathered at the new Owosso Motor Car plant and were reintroduced to the Litestar the day before.

Butcher estimated the price tag to be in the $7,000 range and had plans for a yearly production of 6,000 units.

Below is a photo of the dealer meeting on Feb. 17, 1985. Stan Leitner is in the center with gotee. 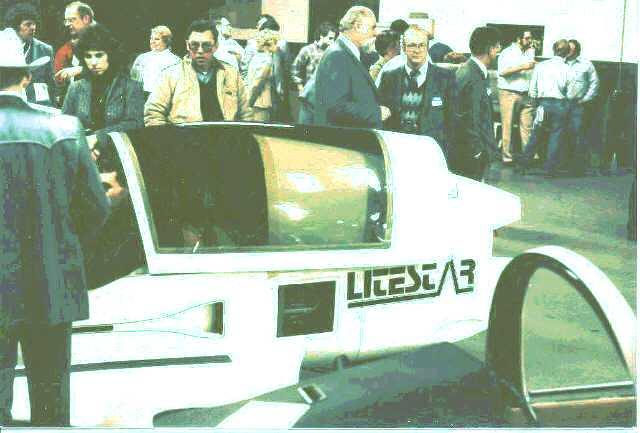 Chuck Hansen was one of the original Litestar Dealers. He invested $48,000 for a three-county Litestar Dealership in California in February of 1985. Mr. Hansen and a mechanic flew from California to Owosso, in Feb., 1985 and attended the meeting at OMCC.

Chuck took the following photos at this Dealers Meeting. 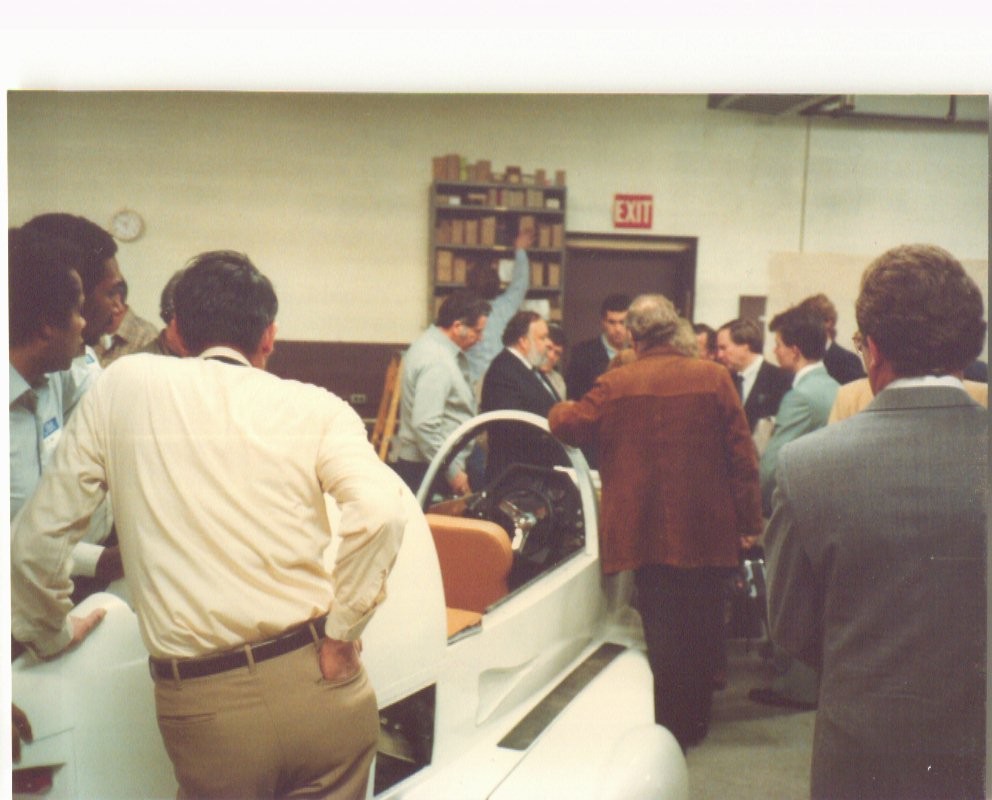 Tomorrow Corp., had announced prior to the meeting, that they had about 30 units in production. Hansens mission was to get one of those 30 for himself. He walked up to one of the most nearly finished units on the assembly floor. It had the serial number 2, written on a piece of paper, taped to the windshield. He latched on to this unit, and for 10 days, stood over them, until they finished it.

Six inches of snow was on the ground in Owosso, the day Chuck Hansen and his mechanic got in the unit. They drove it to Bakersfield over the next three days without incident. They reported that they ran it 90 MPH much of the time and "NO ONE ever passed them". Hansen soon repainted it red. 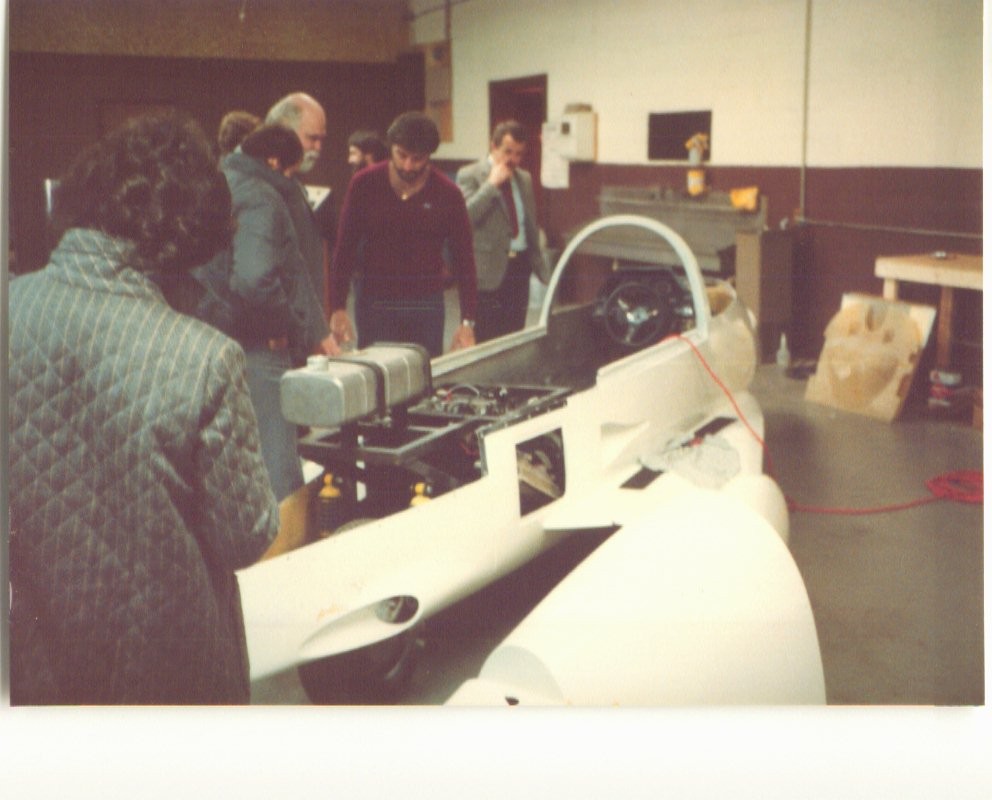 Ed Butcher continued that the current production model of the Litestar had been directed by James Fish of Holly. Owosso Motor Car Company had secured a facility in Owosso in Sept. of 1984 and by January of 1985 the first Litestar had been produced.

The major stockholder of the Owosso Motor Car Company was David Vaughn of Owosso. Other owners included Butcher, James Fish, H. 'Skip' VanKirk and Robert Batton, both of Holly, Michigan and Richard Morton, an attorney from Florida. 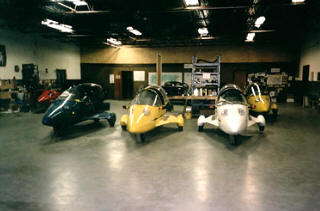 Below is the Owosso Litestar #001
Notice that Jim Bede autographed the right head light.

Below is a great photo showing the Yamaha Donor Bikes
OMCC was unable to purchase just the Yamaha engines
so they had to buy complete bikes.

Below are several frames under construction. 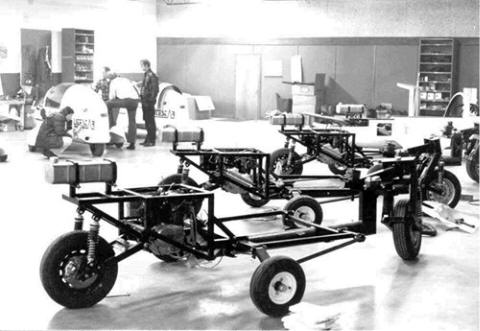 9:00am Assemble at the Pines for tour of the Owosso Motor Car Company