How to keep your engine cool
in your Litestar or Pulse 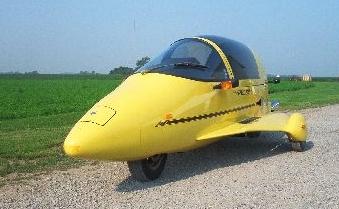 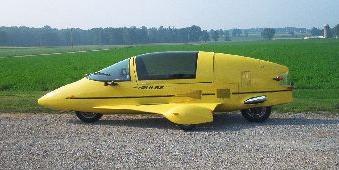 To improve engine cooling I installed 2 - 8" cooling fans (thermostatically controlled on at 240 degrees) directly in front of the engine cylinders with complete baffeling around the cylinders so that all of the air must pass over the cylinders and a larger fiberglass air scoop baffeled up to the fans replacing the original tin scoop under the Pulse.

The left naca air scoop is also baffeled to the engine cooling fans. I installed an oil cooler with a 7" fan (thermostatically controlled on at 180 degrees) in the right naca scoop area and a remote oil filter. The fans are relay powered direct from the battery.

The first major test of this cooling system occurred when we drove the Pulse in a poker run with 2 people in it for 250 miles at 60 to 70 mph in 95 degree heat. The oil temperature ran at 220-230 degrees and the cyl head temperature was 340-350 degrees.

We also drove it in a 1 hour parade at 90+ degree temperatures. The cyl head temperature never went over 300 degrees and the oil cooler cycled on and off at about 180 degrees during the parade.

The highest temperatures I have seen since this modification are oil......230 degrees and cyl head.......350 degrees. The alternator manitains the voltage at 14V with all fans running but the electrical system is at maximum capacity if the lights are also turned on.

I set the idle speed so that it runs about 1800-2000 rpm with all fans running to help keep the voltage up at idle. We have driven it several other times and so far have not had any battery or low voltage problems. This system seems to have eliminated any engine heating problems at slow, stop and go speeds and also at high speeds. It actually runs cooler at stop and go traffic speeds than it does at high speeds. The engine temperatures were from the original Pulse guages. The oil cooler sensor is the engine drain plug and seems accurate since the oil cooler fan turns on when the Pulse guage shows about 180 degrees which is when the remote oil cooler thermostat is supposed to turn it on. The parts are as follows.

I fastened the sensor bulb to a fin on the side of the cylinder.

I used this on the outside of the engine cylinder ducts, behind the rear seat and above the engine.

I wrapped the exhaust pipes and attached to cylinder ducts to seal them to the engine cases below the cylinders.

I used these to make ducts from the naca ducts and to the oil cooler to direct the air properly. This tough material is unaffected by heat, can to scored to make bends and is easily cut to shape.

The oil filter adapter in the bottom of the engine was made from aluminum similar to the one shown on the pulse web site. Other oil cooler fittings were from Ace Hardware.

Engine ducts were made from 22 guage steel / fan mount plate from 18 guage steel. I used poster board to make patterns for all ducts before making them. Soft foam tape was used to seal the ducts to the body so that all of the air goes where it is supposed to. I think that the system will not work unless all of the ducts are totally sealed to prevent any air leakage.

Relays were fan relays with connector plugs from an auto parts store, fused and connected to the remote temperature sensors. I also hooked up the original fan switch to turn on the 2 engine fans manually if desired.

I usually turn the ignition switch to accessory when I stop on a very hot day and let the fans run for a minute or two to cool the engine and prevent hard hot starting. 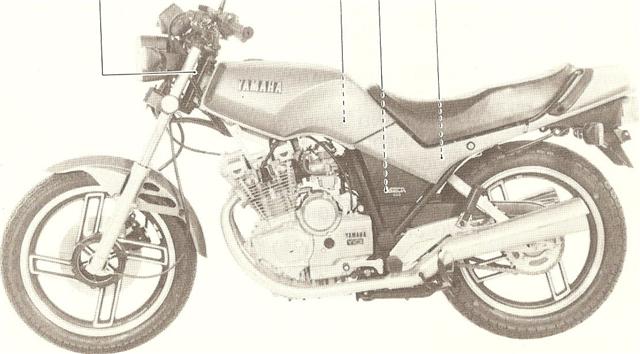 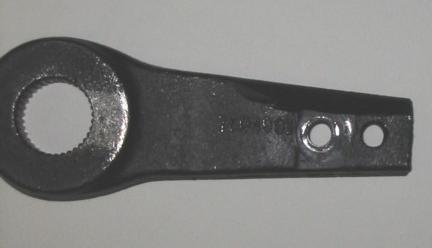 There are no carb kits as such that I know of, but individual parts are available from Yamaha and expensive. The local Yamaha dealer quoted the following still available. Needle & seat $79.94, Float $35.23, Gasket kit $7.87, Throttle slide / vacuum diaphram assy $190.00, Rubber crab mounting isolator boot [carb to cylinder head] $55.64, [the carb boot is available only for 1 side but can be turned over upside down for the other side]. Carb isolator 0-ring, $6.01

All this times two since there are two carburetors. Prices seem to vary from dealer to dealer.

You don't really need a carb kit anyway, usually the carbs just need a real good cleaning with carb cleaner and compressed air. Be careful not to get the carb cleaner on any rubber parts, diaphrams or gaskets. Pay special attention to the cold enrichment jet [choke jet] and passages because the jet is very small and is hard to clean. It is often plugged from stale gas leading to hard starting when cold. Sometimes several attempts to clean this jet are required.