St. Louis, MO
Stan Leitner read an article in a newspaper about Jim Bede of Mundelein, IL and his BD-200 autocycle in about 1981. Intrigued by the vehicle, Leitner met with Bede and invested $25,000 for manufacturing and distribution rights.

Tomorrow Corp. was formed in April of 1981 by Stan Leitner and Jim Bede. In the Spring of 1982, the two men took the BD-200 autocycle to a motorcycle rally at Daytona Beach, Florida.

Autocycle Plans were sold for $20 each with huge success. Only a few builders ever finished their autocycles, but the dream was there. 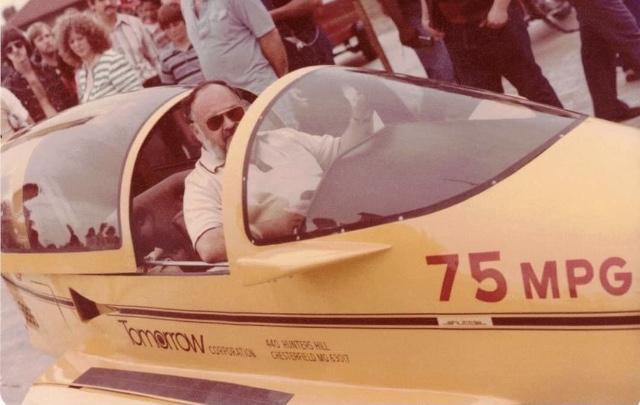 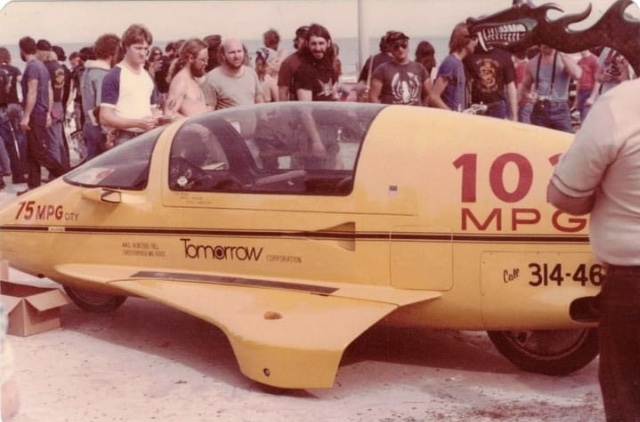 Stan named the autocycle the Litestar.

They also purchased 21 Litestars from the Owosso Motor Car Co. of Owosso, MI.

Tomorrow Corp. through Scranton Mfg. Co. built about 15 Litestars. These vehicles had Hondamatic 450cc engines and can be identified by the small wheels, with the outrigger tension rod fix, and bent square tubing frame around the engine. Scranton originaly purchased about 20 Honda motorcycles and the first car was used as a test mule.

According to Owosso Motor Car Co. President Ed Butcher, Tomorrow Corp.'s only 'investment' in OMCC was the payment for the following 21 Litestars, which were delivered.

Stan Leitner was a real character that reminded me of a cross between Colonel Sanders and a Texas billionaire. He was a large person with a resonant voice and he wore white suits, smoked big cigars and drove a white cadillac convertible with bull-horn hood ornament.

Stan Leitner and a Scranton Litestar 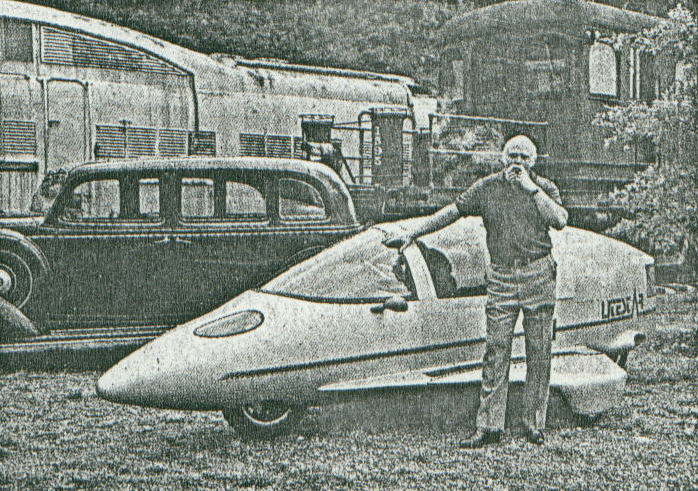 He was an articulate man with a commanding presence and an endless vocabulary. He could charm the money right out of your wallet. Jim boasted that this guy could pull a million dollars out of thin air. I wasn't sure of Stan's intentions, but the Litestar project sure could use a million dollars. 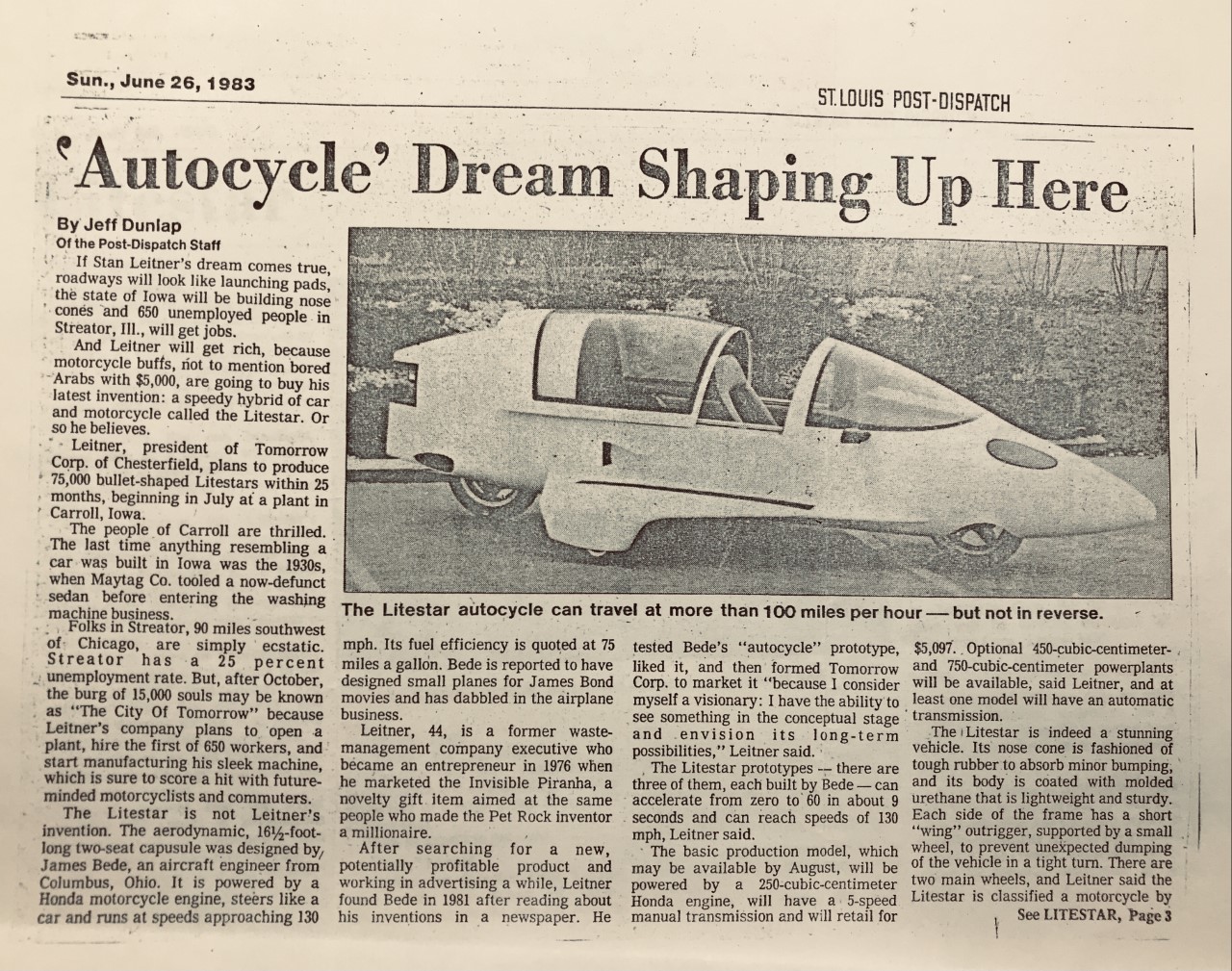 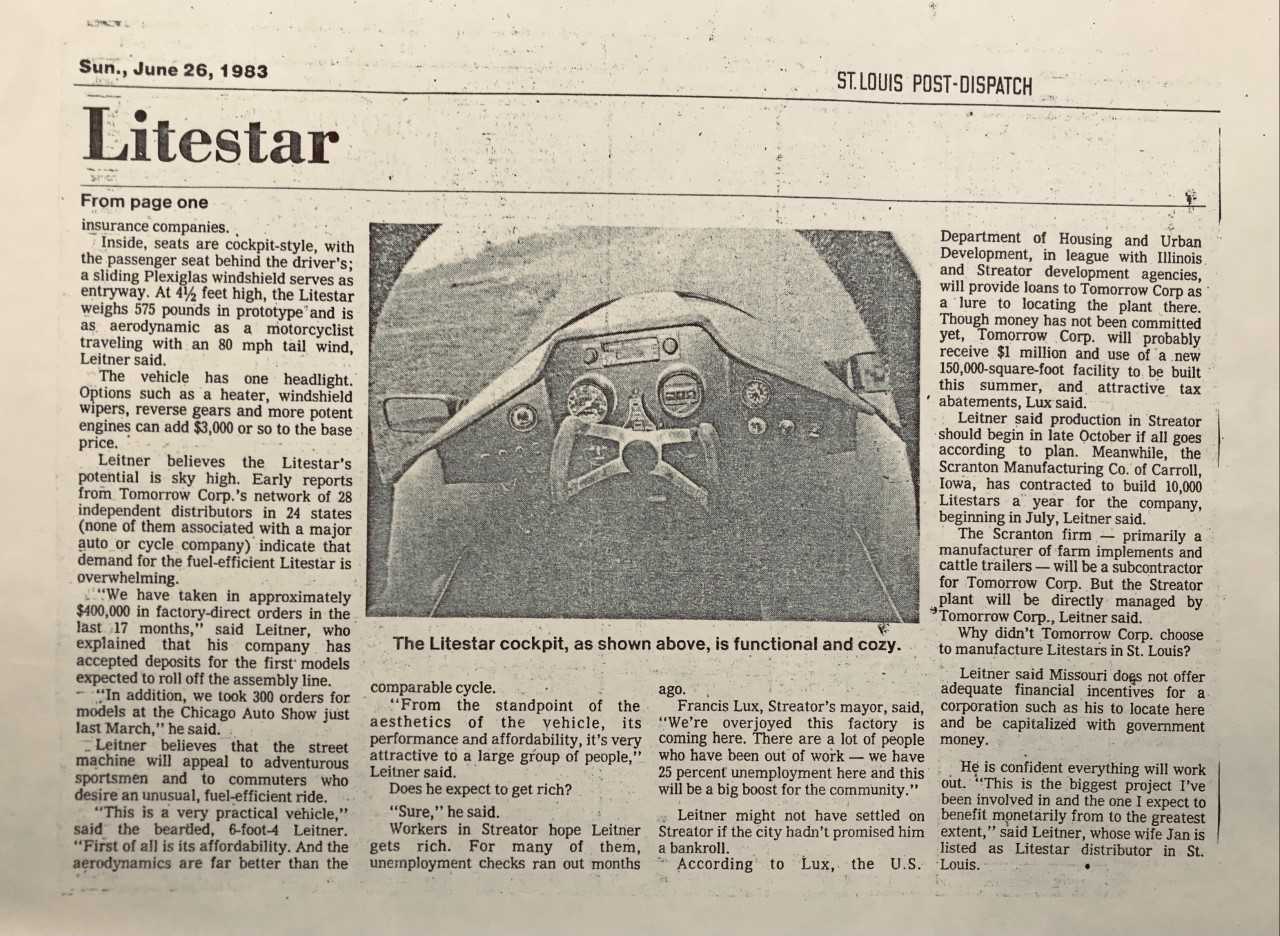 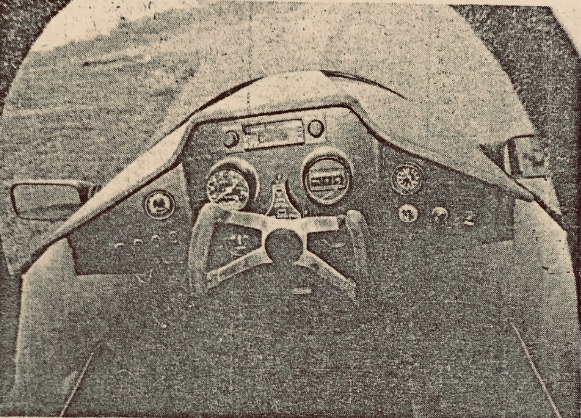 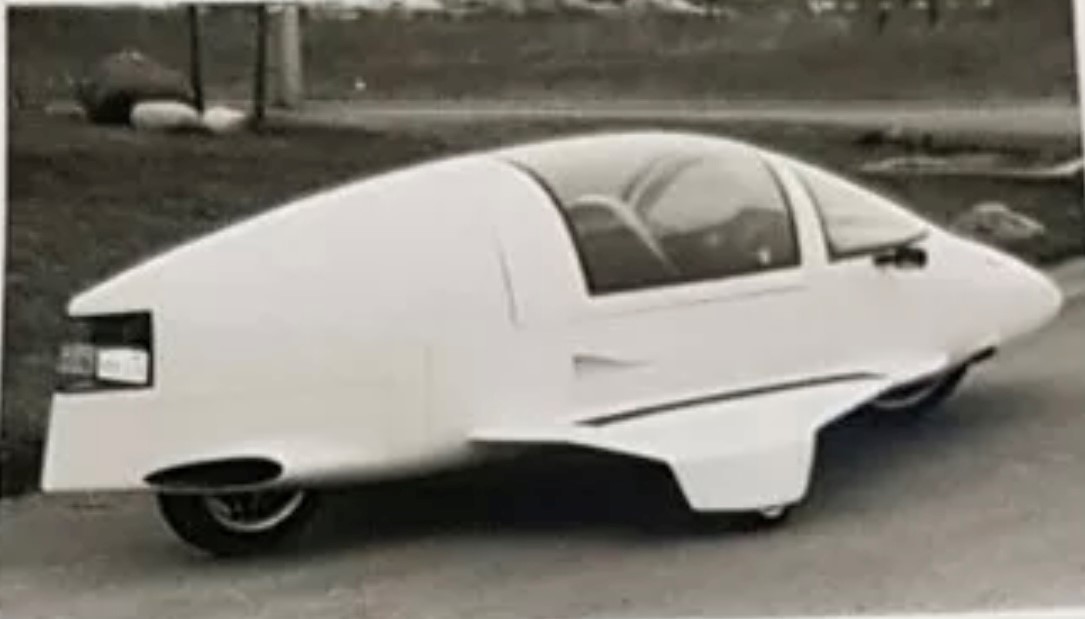 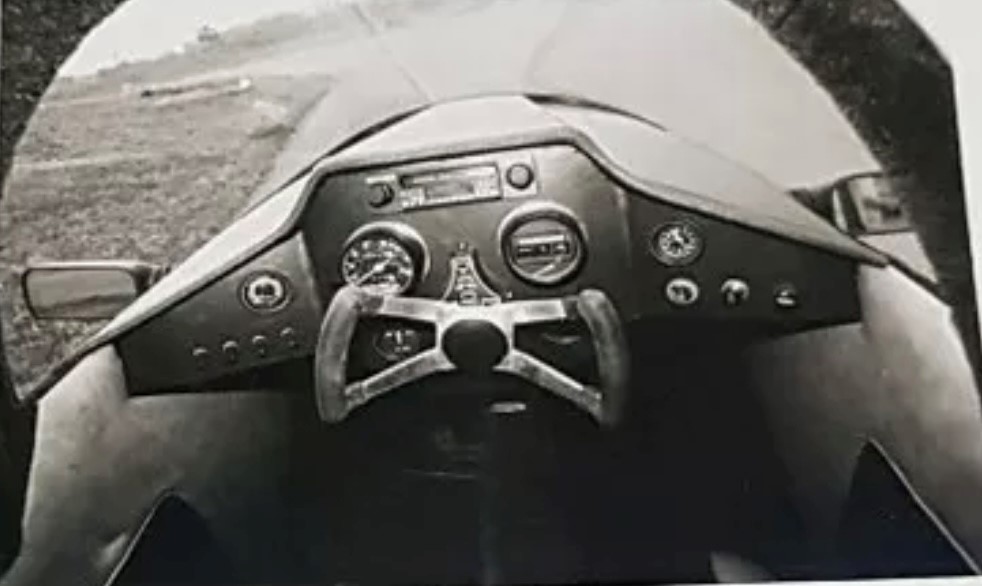 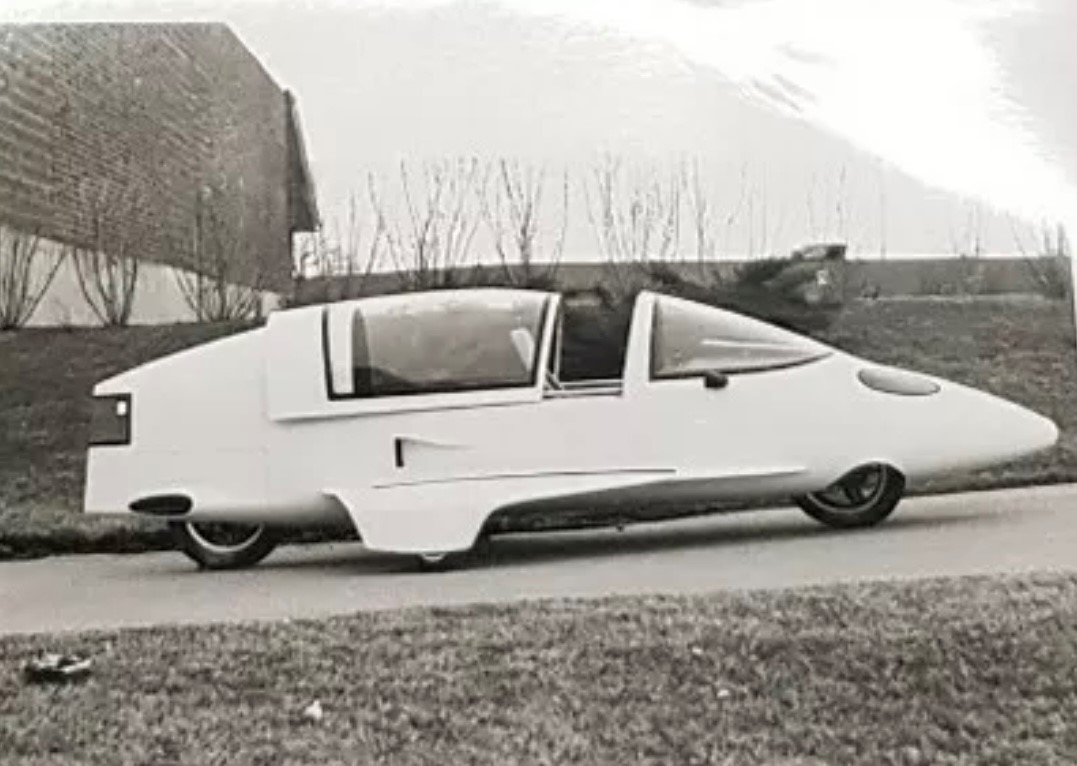 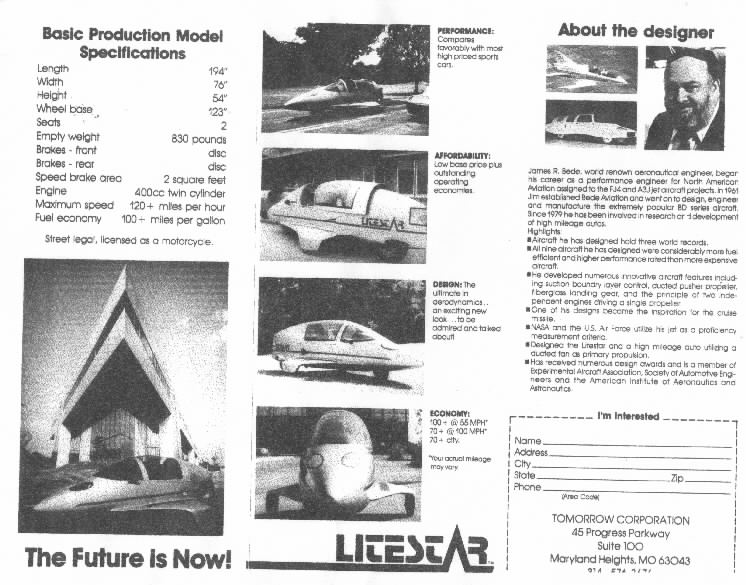 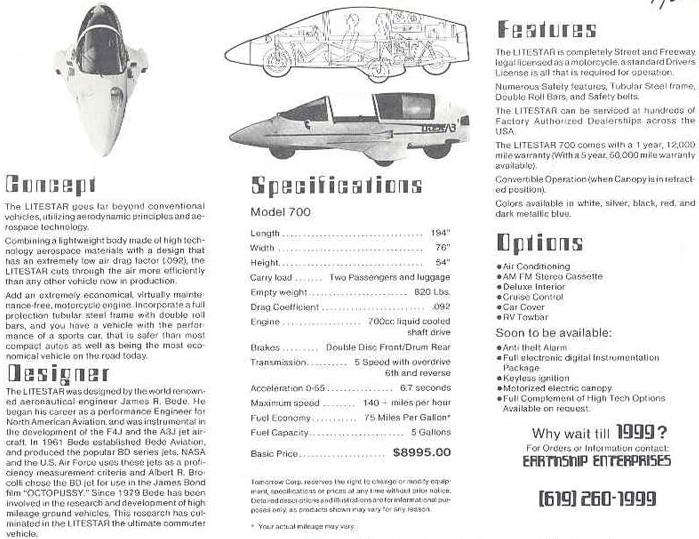 DMS America was a Litestar distributor from Chicago 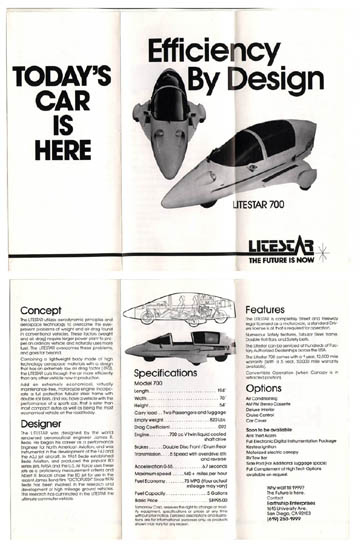 Below, is a Sept. 1983 Tomorrow Corp. letter about the progress of the Scranton Manufacturing production plans 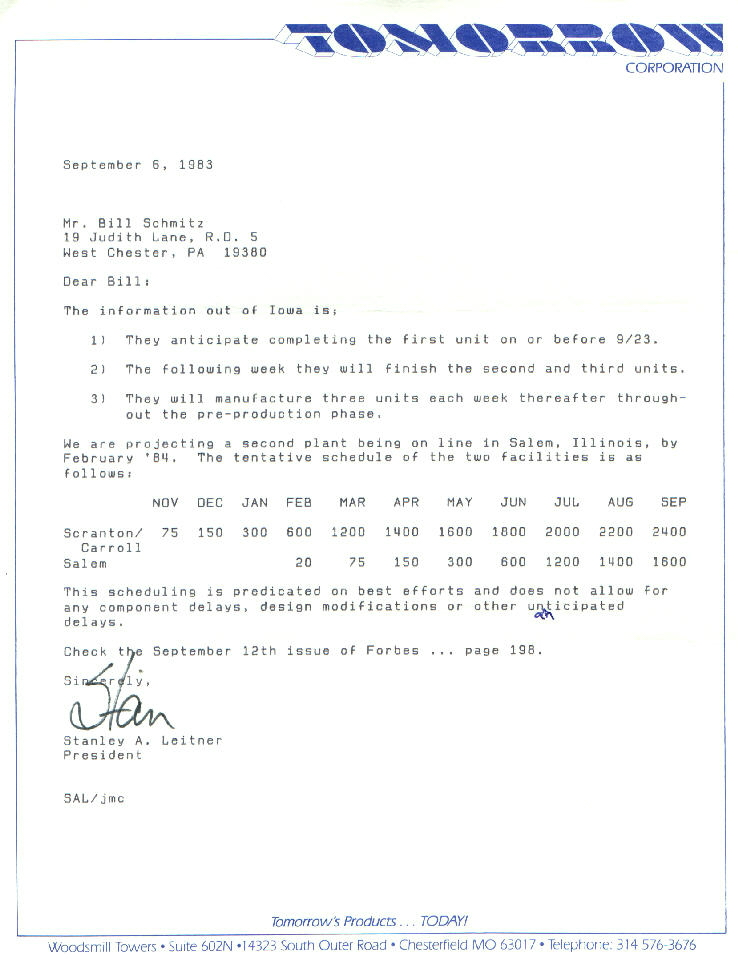 Armin Jocz brought this car to Owosso from the Troy, Michigan area.

Below, the prototype car at the Owosso Motor Car Co. factory with Frank the Cat. 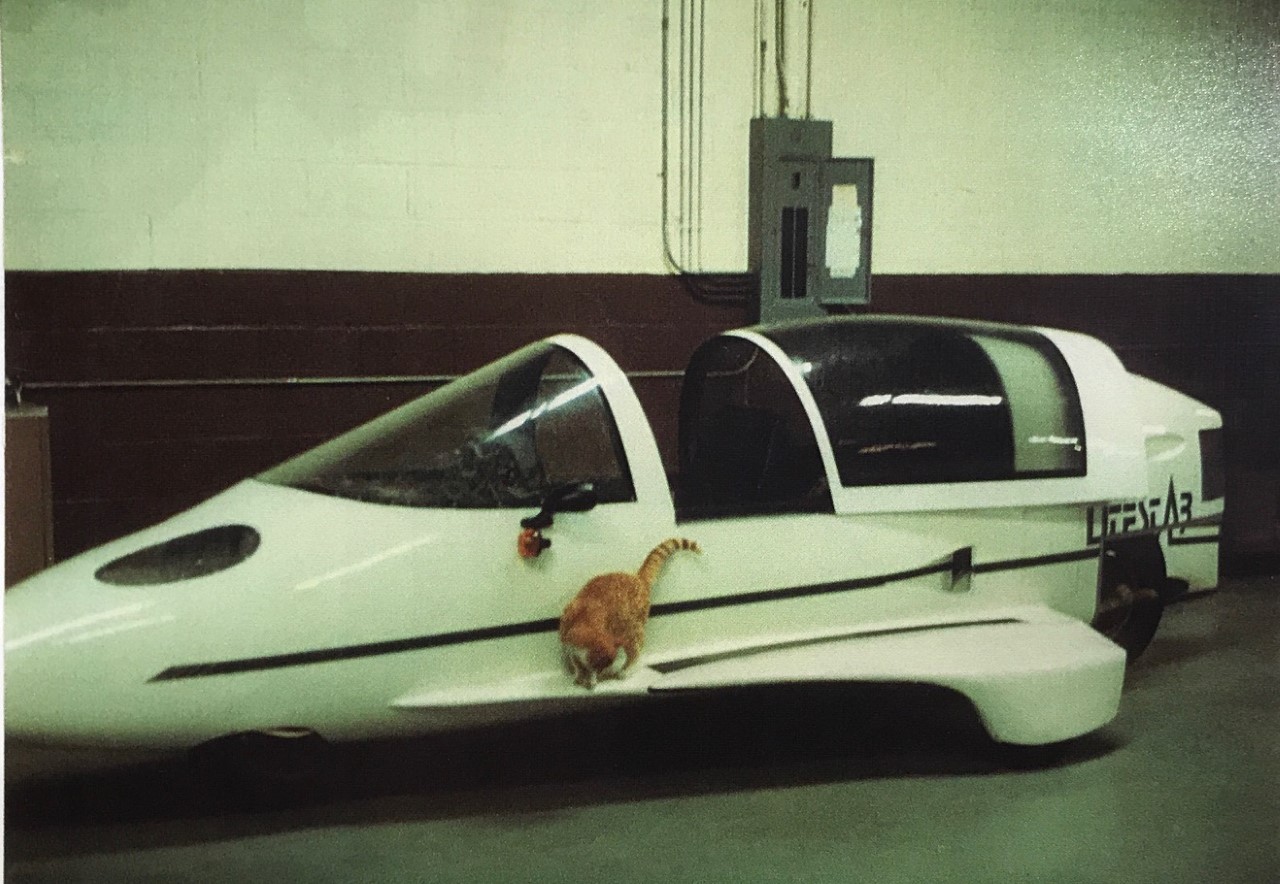 Here it is at the Dan Marks farm in Corunna, Michigan. 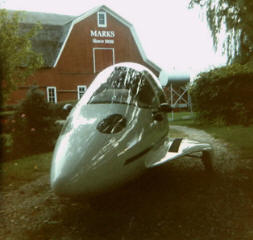 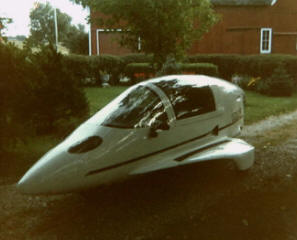 Here it is in Owosso, Michigan 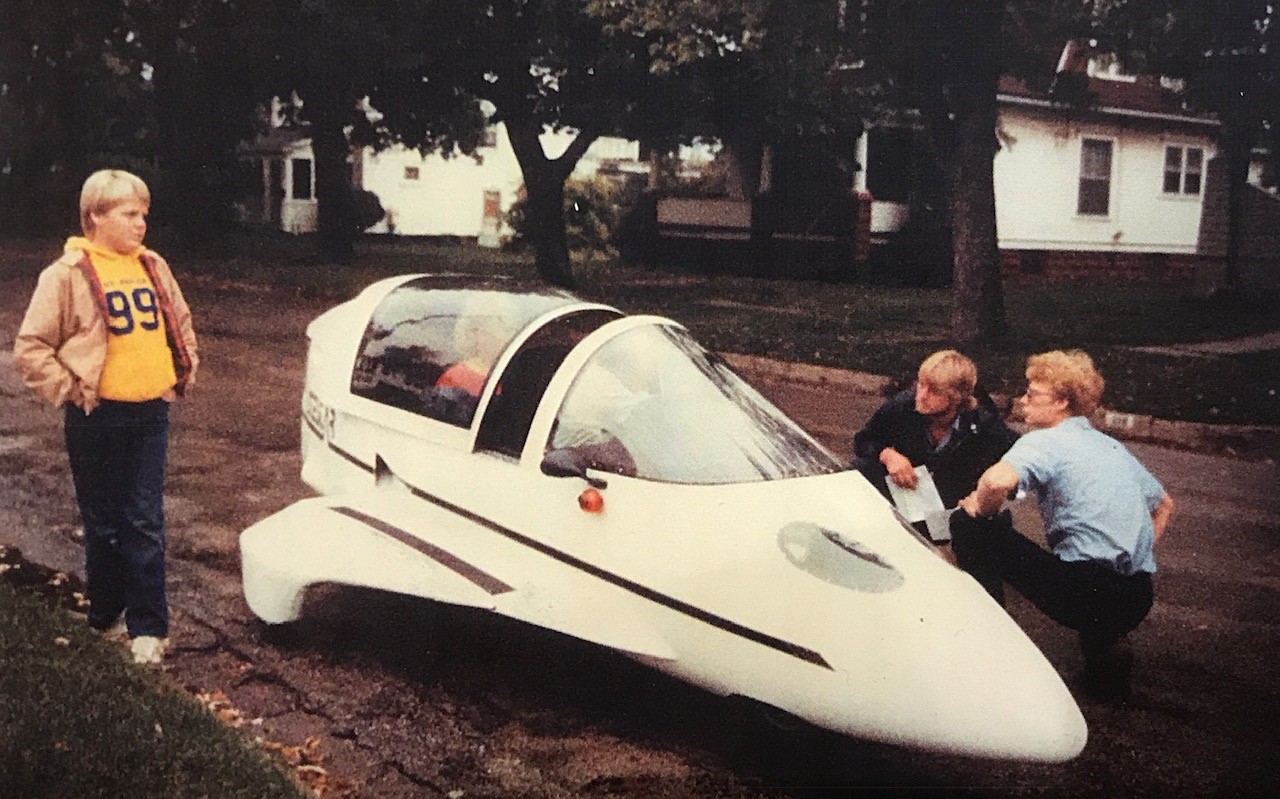 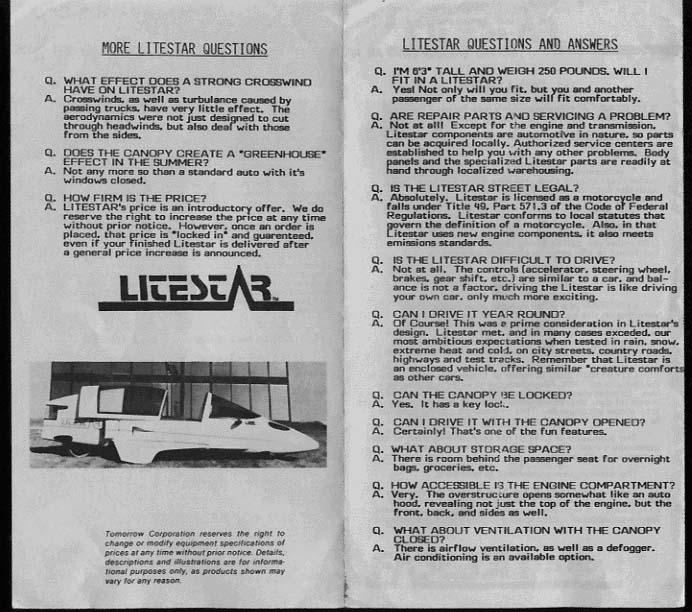 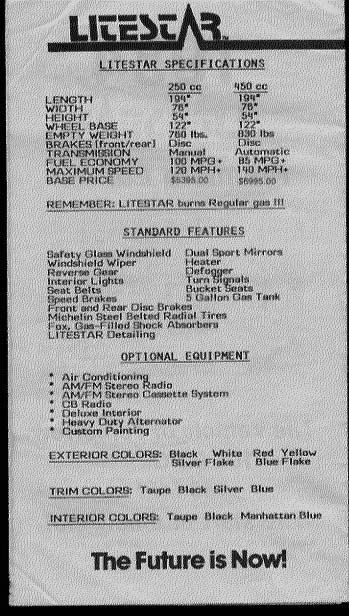 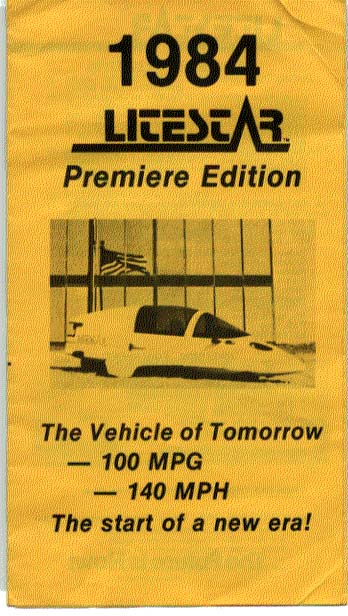 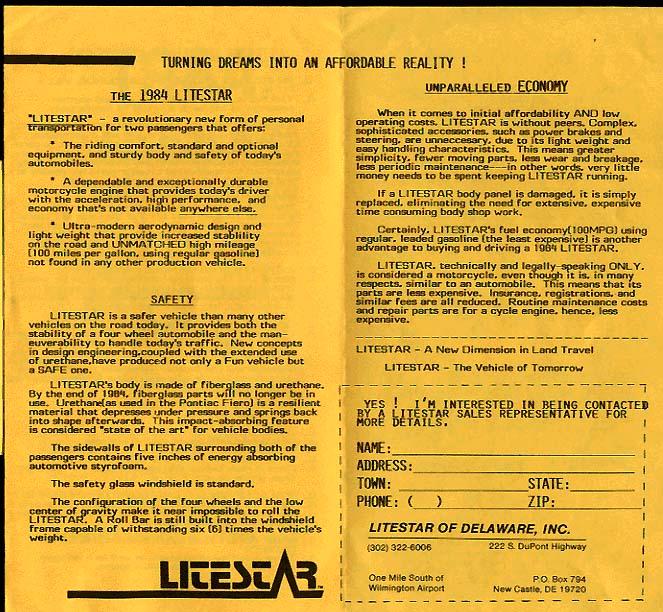 According to Owosso Motor Car Co. President, Ed Butcher, Tomorrow Corp.'s only 'investment' in OMCC was the payment for the 21 Litestars, which were delivered.

The 22nd. vehicle produced was called the Pulse